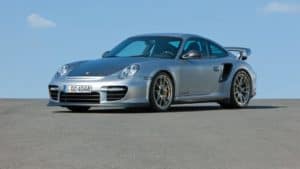 until 2012. The 997’s started rolling out to consumers in the US in November 2005. The 997 was the model to succeed the 996 respectively and underwent the most significant changes in terms of exterior and interior design and styling. The most prevalent change was the change from what people call the “fried egg’ headlights to the classic Porsche headlights we know and love today, the Bug Eyes! Not only were the headlights revised, the tires came bigger at 18in and power was increased for the new generation. In the middle of the 997 generation, the model was revised further with a new direct injection engine and that is also when the brand new PDK dual clutch system was released and added into the 997 and with its power increase came two options In the form of the Carrera 3.6 with 321-hp or the Carrera 3.8S with 350-hp. 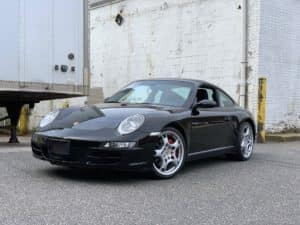 The 997 received universal acclaim from automotive press organizations worldwide. According to an article from Top Gear, Jeremy Clarkson had a pretty negative view on Porsche as a whole. It is said in the article that Clarkson was so impressed by the 997 he was quoted saying that the 997 “will make love to your fingertips and stir your soul”. If that doesn’t prove that the 997 was a huge turning point for Porsche, than I don’t know what does! Ever since the 997, Porsche has been working and upgrading their vehicles to fit a huge audience, and with them releasing so many models and making them more affordable, it will just increase Porsche’s viability in today’s market! We are happy to be part of the Porsche family and will continue to service the great PNW for many years to come! Come see for yourself why Porsche always tops the charts of JD Power when it comes to Customer Experience, Porsche Tacoma is just right around the corner! We guarantee you will not be disappointed!